Back to School and a Wise Owl

This entry was posted on August 26, 2014 by Kathryn Hertzler.

Towards the end of August our thoughts turn to school and preparing our children for a new grade - or perhaps, that first day of kindergarten. Of course each year they, and we, all get a little wiser from this process. Even those infant and preschool years bring a measure of wisdom as they pass through time.

The owl has been a symbol of wisdom since Athena, the ancient Greek goddess of wisdom, was represented by an owl. And the owl remains popular in that role today. We often see an owl drawn standing on a stack of books or even reading them! Maybe this positive depiction is the reason why the owl is also a popular theme for infant and toddler toys at Käthe Kruse. 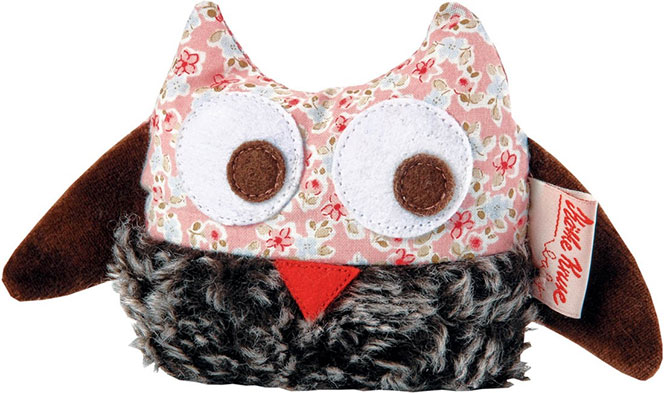 The bean bag owls are great grasping toys because the granulate filling molds to your child's fingers and hand. As their fingers squeeze and explore, the filling moves and the owl changes shape. Try tossing the owl to see it "fly" and make a landing in your lap.

The beanbag owls have big eyes, sewn so that they provide some personality and interest, They are always watching and spying something new. 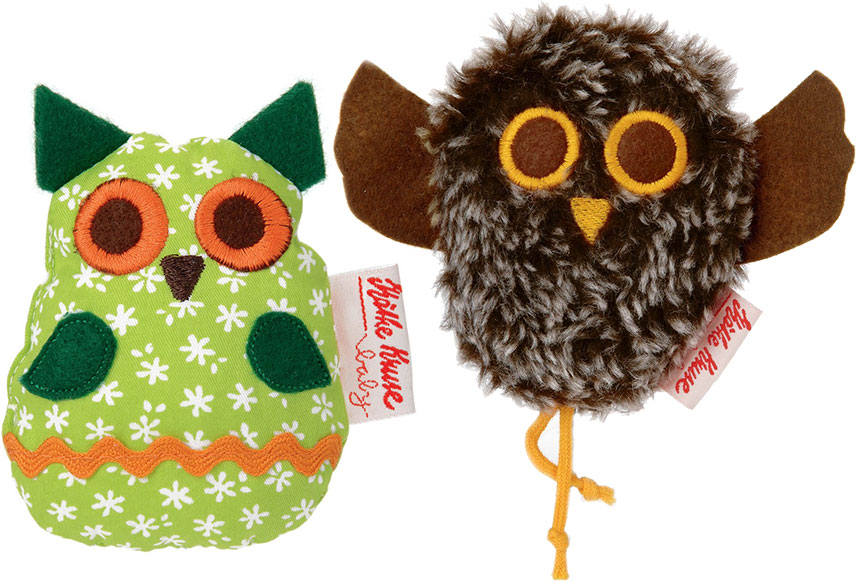 Real owls call "whoo, whoo," but our musical owls play classical tunes for night time comfort. The tweeting owls (shown above) are fun play toys for infants and toddlers and "tweet" when they are shaken in an up and down motion. 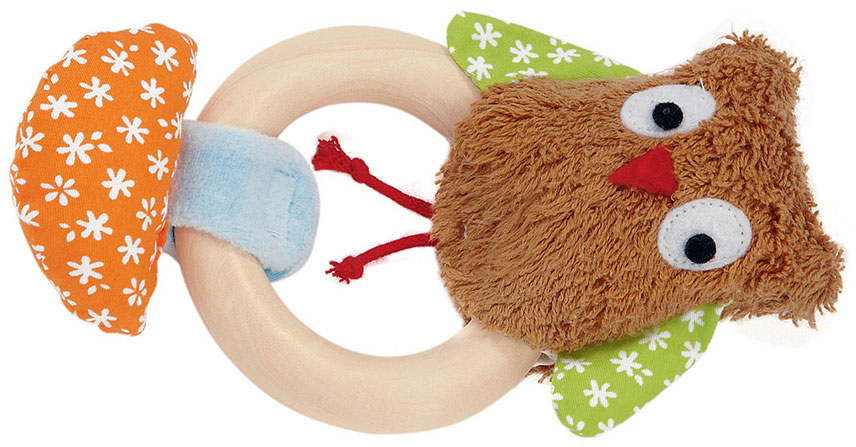 A series of owl toys feature the Alba design like the teether shown above. The series also includes a towel doll, activity toys, a musical, mini mobile, and a cherry stone pillow for warmth on those cool nights. The Alba owls all feature those big owl eyes and a similar design so that you can stock the nursery with matching items.

Käthe Kruse has a variety of wise friends for your children, whether they are heading for the next grade, or waving good-bye to their older sibling.

This entry was posted in Products, Lifestyle and tagged toys, baby, owl on August 26, 2014 by Kathryn Hertzler. ← Previous Post Next Post →